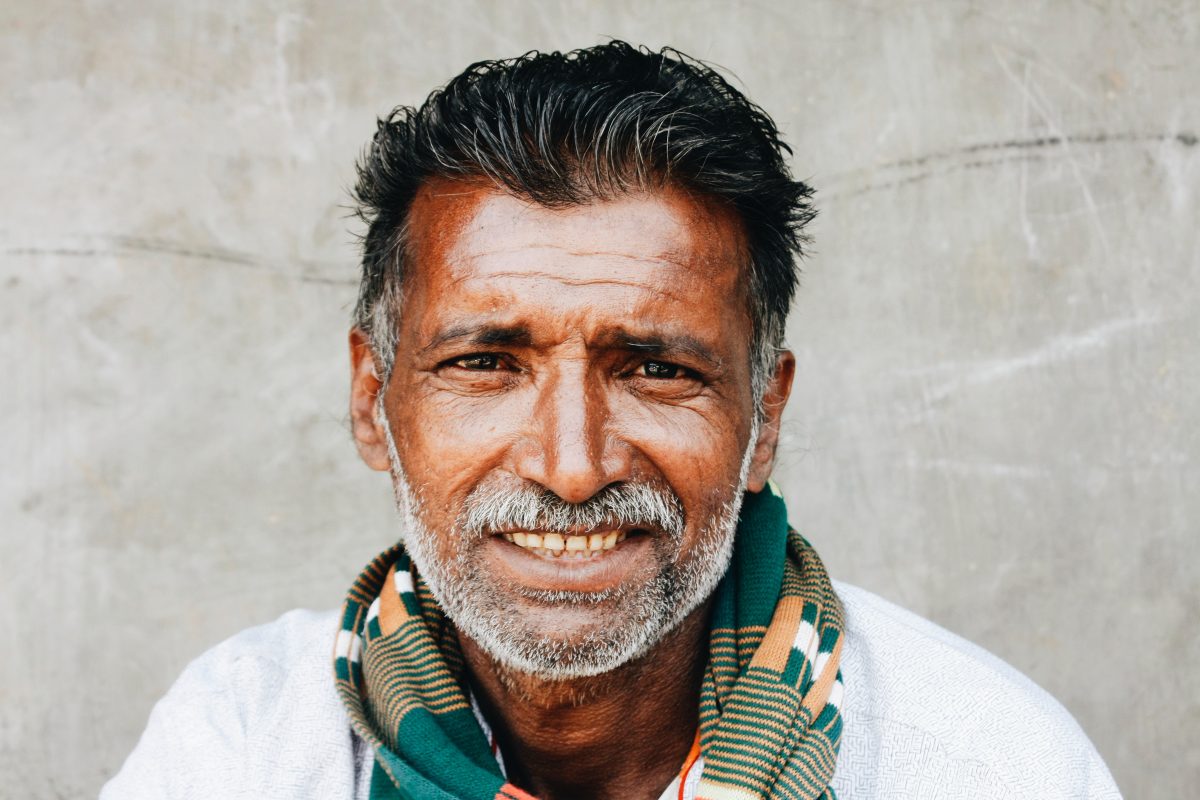 Dr. Liji Thomas, MD viaNews-Medical Net– Prostate cancer is being diagnosed in an increasing number of men, but many of them will be non-aggressive forms that run an indolent course over the man’s lifetime, never requiring treatment at all.

On the other hand, the treatment of aggressive prostate cancer is constantly evolving, with a wide spectrum of treatment modalities available at present.

Staging of cancer is vital to decide on the right treatment. Until a few years ago, CT (computerized tomography) and MRI (magnetic resonance imaging) scans were the most accurate technologies available to stage prostate cancer, since the organ is buried deep beneath the superficial pelvic organs. Moreover, they tend to miss small areas of tumor in lymph nodes.

Newer forms of imaging include multiparametric MRI, which club standard MRI with one or more other types. These could include diffusion-weighted imaging (DWI), dynamic contrast-enhanced (DCE) MRI, or MRI spectroscopy. The results of the scans are compared to arrive at the final report.

MRI with enhancement is another modality used to find cancerous lymph nodes. Here a standard MRI is followed by the injection of a magnetic particle dye, and a repeat scan is done the next day, to detect the presence of cancer cells.

Another type of testing attempts to assess the risk of aggressive cancer. Genomic and proteomic testing can complement more traditional tests like the prostate-specific antigen (PSA) testing to help predict cancer growth and spread.

Some examples include the Oncotype DX Prostate which measures and reports specific gene activity levels from 0 to 100, Prolaris based on the same principle but measuring another set of genes, ProMark which measures protein activity for the same purpose, and Decipher, which looks at gene activity in surgically resected samples to help patients decide whether further treatment following surgery is desirable.

Another tool is the PREDICT prostate questionnaire, which takes only a few minutes for the patient with nonmetastatic prostate cancer to fill, with the doctor’s help, and provides the expected odds of dying of the disease or other illnesses within 10-15 years. It also gives the odds of survival following the treatment.

The risks of complications like urinary incontinence and erectile dysfunction following the suggested treatment are also provided. The patient can then choose among different modalities of treatment, including active surveillance.

Researchers believe such tools could reduce unnecessary and potentially harmful interventions as well as save the healthcare system millions every year, by giving patients the power to choose treatments in consultation with their healthcare providers based on sound evidence and probable risks.
Liquid biopsy to exclude men with biomarkers of drug resistance from first-line chemotherapy, routing them to other therapies instead. In principle, they could use magnetic nanoparticles with DNA capture probes on their surface to target circulating tumor cells that contain the specific biomarkers.

Different techniques and refinements of existing techniques are being evolved constantly to improve the quality of life and enhance survival among prostate cancer patients.

Surgical techniques have moved from the traditional open or laparoscopic radical prostatectomy, where the whole gland is removed plus the seminal vesicles and other tissues nearby, to robotic techniques that may reduce the time and blood loss associated with the surgery.

Prostate cancer is driven by testosterone. As a result, androgen deprivation therapy (ADT) can stop the growth of prostate cancers in many cases. Earlier forms of ADT included orchiectomy or surgical castration, and the use of LHRH agonists which inhibit testosterone production by the testes called medical castration.

LHRH antagonists are another form of medical castration. Antiandrogens prevent the action of androgens on androgen receptors. Newer drugs in this class include enzalutamide, apalutamide, and darolutamide, and early research indicates that ADT can be paired with these drugs for a better outcome.

Earlier used only for men with castration-resistant prostate cancer patients with metastatic cancer, these could now be approved for earlier use as well.

Newer forms of hormone therapy include antiadrenal hormones like the new drug abiraterone, a cytochrome P17 antagonist that reduces androgen production within the adrenal cell and can delay cancer growth. However, this must be given with a glucocorticoid, which limits its application.

One type of immunotherapy is the prostate cancer vaccine, like sipuleucel-T, which is already approved for this indication. Others are in clinical trials. Vaccines seem to have fewer and less serious side effects than other modes of treatment.

Immune checkpoint inhibitors are another form of immunotherapy which exploits the body’s natural ability to not react to its self-antigens with an immune reaction, via checkpoint molecules that must be turned off or on to initiate the immune response. Sometimes, cancer cells hijack these checkpoints to disguise their immune ‘foreignness’.

Newer drugs inhibit one or more of these checkpoints such as PD-1, or its associated PD-L1 protein. Similar drugs are being examined for their usefulness in prostate cancer. The combination of a checkpoint inhibitor with a vaccine, for instance, might make the vaccine response more durable and stronger. Another possible combination is when it is used with a drug that makes the cancer cells more recognizable as non-self, allowing the checkpoint inhibitor to stimulate the body more effectively.

Chimeric antigen receptor T (CAR) cell therapy uses the body’s immune cells to strengthen and specify the immune response against the cancer cell. T cells are removed from the patient and engineered to have receptors for antigens incorporating ‘foreign’ tumor components on their surface. These will bind specifically to the patient’s prostate tumor cell surface.

The engineered cell is stimulated to multiply, and reintroduced to the patient’s blood, to detect the cancer cells and attack them. This is complex, experimental and could have potentially serious adverse effects.

Interleukin-27 therapy is another promising therapy that may help reduce the growth of the tumor and stop cancer by signaling immune cells to come to the areas containing the tumor cells, kill the tumor, and initiate healing and wound repair.

Some therapies attack only one specific part of the cell or the environment of the tumor cell, to inhibit its growth, division, repair, or multiplication.

If the prostate tumor has mutations in BRCA2 or similar genes, DNA damage cannot be repaired, leading to the persistence of possibly harmful mutations in these cells. Drugs called polyadenosine diphosphate ribose polymerase (PARP) inhibitors are more toxic to such faulty cancer cells than normal cells.

Olaparib is one PARP inhibitor that can enhance survival and disease-free progression rates more than abiraterone or enzalutamide.

These molecules are synthetic derivatives of immune proteins that bind to specific cancer cell targets like the PSMA antigen on a prostate cancer cell. Many of these are associated with chemotherapeutic agents or small radioactive molecules, so that the antibody will home in on the cancer cell, bringing with it the therapeutic agent.

Newer experimental drugs include a monoamine inhibitor used decades ago to treat depression, which has been found to disrupt androgen receptor signaling. 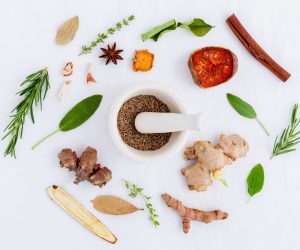 Nature’s Pharmacy: How to Use God’s Creation to Heal Disease 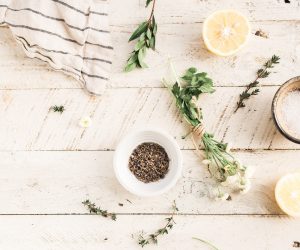 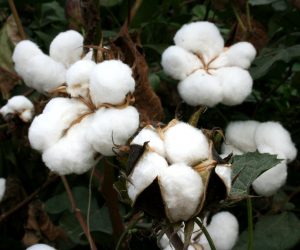 Is Cottonseed Oil Good or Bad for You? What You Need to Know