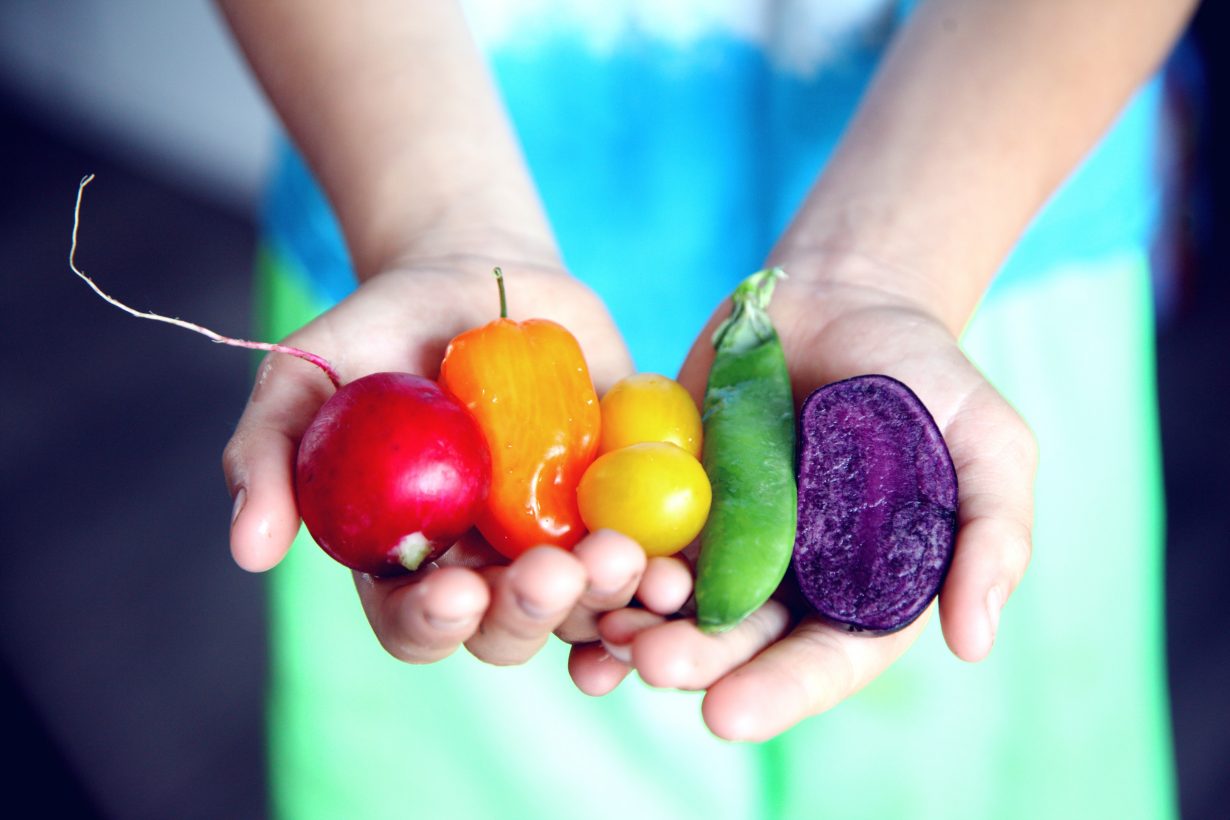 Jillian Levy, CHHC via Dr. Axe – Phytonutrients are nutrients found in plants that develop to protect the plant from damaging environments.

Plants are exposed to excess ultraviolet radiation, predator pests, toxins and pollution, resulting in the generation of dangerous free radicals within their cells. These free radicals can then bind and damage proteins, cell membranes and DNA of the plant.

Fortunately, phytonutrients simultaneously develop to shield the plant from such damage as well as provide its color, flavor and smell.

What do phytonutrients do for the body? They protect us in much the same way that they do plants.

Since we are exposed to radiation and various environmental elements such as UV light, we need phytonutrients fight free radical damage.

How do we get them? By “eating the rainbow,” meaning including lots of different vegetables, fruits, herbs and other antioxidant-foods in our diets.

The prefix phyto is of Greek origin and means “plant.” It’s used because phytonutrients are obtained only from plants, which have been cultivated and used to prevent and treat various human diseases for centuries.

The terms phytonutrients and phytochemicals are often used interchangeably. Many are also antioxidants, so you’ll hear them go by this name too.

The American Cancer Society defines phytonutrients (or phytochemicals) as:

Plant compounds like carotenoids, lycopene, resveratrol and phytosterols that are thought to have health-protecting qualities. They are found in plants such as fruits and vegetables, or things made from plants, like tofu or tea. Phytochemicals are best taken in by eating the foods that contain them rather than taking the supplements or pills.

Why do we need phytonutrients?

They support our immune systems and normal cellular activity, while also defending against harmful effects of free radicals. For example, they can make cells less susceptible to becoming cancerous and stop damage from being done to the brain, heart and other major organs.

Phytonutrients are actually the basis for more than 40 percent of medications today, including those used to treat pulmonary and heart diseases, diabetes, obesity, and certain types of cancer. They are also found in herbs and spices, as well as medicinal plants that have played a significant role in ancient history in promoting well-being.

What are benefits of phytochemicals? Here are some of the reasons why antioxidant-rich foods are essential to include in a balanced, longevity-promoting diet.

According to a study published in the New England Journal of Medicine, a diet rich in phytonutrients from fruits and vegetables, along with low-fat dairy foods and reduced saturated fat, can substantially lower blood pressure. The authors concluded that such a diet offers an additional nutritional approach to preventing and treating hypertension, which is a major risk factor for heart disease.

Phytonutrients such as lycopene, found in tomatoes, can help protect against heart disease. The same goes for phytonutrients found in dark cacao, called flavonoids, which can help prevent heart damage caused by aging and environmental toxins.

There are even phenolic compounds in whole grains, such as wild rice and buckwheat, that have been shown to defend against cardiovascular disease and type 2 diabetes.

The health benefits of blueberries, strawberries and red wine include providing the phytochemical group called anthocyanins, which are believed to help improve vision and protect eye health.

The National Center for Biotechnology Information reports that visual acuity can be markedly improved through eating certain foods with dark pigments. Their enhancement of night vision and overall vision has been particularly well-documented.

Black currants, for example, have resulted in significantly improved night vision adaptation in human subjects, and similar benefits were gained after consuming bilberries.

Because kale benefits include carotenoids, kale can produce a healthy, rosy glow to the skin. Kale and collard greens can help naturally treat glaucoma due to their lutein and zeaxanthin content as well.

A diet rich in phytonutrients, such as tocopherols, bioflavonoids, lycopene and lutein, is thought to protect against sun damage and potentially help decrease one’s risk for skin cancer.

Proanthocyanidins and flavan-3-ols are phytochemicals that can help decrease disease-causing inflammation. They are found in foods such as red wine, grape juice extracts, cranberries and cocoa.

Better known as resveratrol, studies have shown that these foods play a role in cancer prevention and help fight diabetes, Alzheimer’s, Parkinson’s disease, stroke and more. One way they do this by lowering inflammatory responses.

Many phytonutrient-rich foods — such as those that contain carotenoids, lycopene and bioflavonoids — have been shown to protect against cancer, including colon, prostate and breast cancer.

For instance, broccoli contains sulforaphane and is associated with lowered breast cancer risk and improved survival rates. It can also decrease metastatic potential of lung cancer and can induce the liver’s detoxifying enzyme system.

Named sulfides and thiols, these phytochemicals help decrease LDL cholesterol, which can build up in the arteries and increase risk of heart disease. These protective compounds can be found in aromatic veggies and herbs, such as nutrition-rich onions, leeks, garlic and olives.

Cruciferous vegetables are also beneficial for maintaining normal cholesterol levels since they’re high in carotenoids, isothiocyanates, lignans and flavonoids — plus they’re rich in fiber and low in calories, a combination that can defend against obesity.

One of the largest classes of phytochemicals is terpenes, which include carotenoids. Carotenoids neutralize free radicals through a variety of foods, like nutrition-loaded tomatoes, carrots, sweet potatoes, green and white teas, and other brightly colored fruits and vegetables.

These foods help prevent cell damage and also enhance cellular communications. Additionally, they play a role in repairing DNA damage and in gene expressions, and they defend our bodies from effects of toxins, carcinogens and even too much UV light exposure.

Seeds such as flaxseeds provide lignans, which are essential to gut flora and can help fight leaky gut syndrome and autoimmune disease.

What are examples of phytochemicals? According to the National Institutes of Health and U.S. Department of Agriculture, types of phytonutrients include:

Studies show that plants can contain more than 100,000 phytonutrients, one of the reasons nine servings of fruits and vegetables a day are recommended.

Consuming a diet filled with variety can boost the effectiveness of phytonutrients because different plants and vegetables contain different types. When combined, they can have a more positive, synergistic effect.

There are three broad classes of phytonutrients:

Foods and How to Add to Diet

On average, plant foods have about 64 times more antioxidants than animal foods. It’s best to source the plants from organic farms to avoid pesticides and maximize nutrient content.

To further maximize nutrition, eat raw fruits and vegetables. (Ease into this as too much raw food cause digestive discomfort at first.)

While studies are still in process to understand just how much we should consume, the American Cancer Society and the American Heart Association recommend consuming a diet filled with a variety of fruits and vegetables to ensure adequate amounts of much needed phytonutrients.

They also recommend getting these phytonutrients from foods instead of through supplements.

Which foods are high in phytonutrients?

Some of the richest sources to eat regularly include:

Other medicinal plants, which are used in supplement form on the skin, that are high in phytonutrients include:

Keep in mind that cooking reduces the antioxidant content, especially through boiling and pressure cooking.

Instead, lightly steamed is a good choice. Because phytonutrients are filled with antioxidants, stool size often increases, which has been associated with a lower cancer risk and reduced inflammation.

Here are a few recipes high in phytonutrients:

Phytonutrient supplements are not the best way to obtain the same compounds found in whole foods. Phytonutrients work best when combined instead of separately as supplements.

This is most easily done by eating a variety of foods on a regular basis, as many supplements only provide a portion of the phytochemicals.

Some may experience side effects, such as an allergic reaction, when taking phytonutrient supplements. It is recommended that those with already existing medical problems take extra precautions if choosing to introduce phytonutrients by way of supplements.

If you choose to eat a diet higher in fiber content than usual, consider taking it slowly so your body has time to adjust, especially if you choose to eat raw, cruciferous and high-fiber plants, such as kale, broccoli, cauliflower and Brussels sprouts. 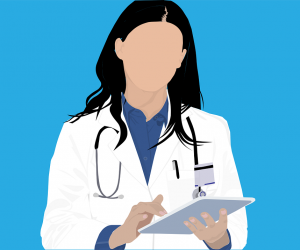 Women’s Heart Attacks Are Often Missed. This Gene May Help Explain Why. 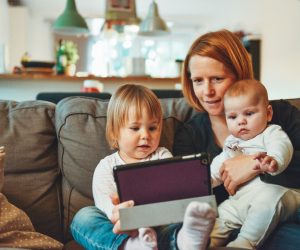 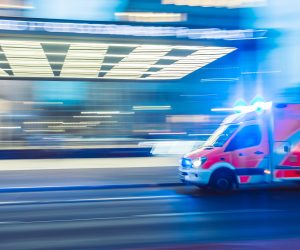