Dr. Josh Axe, DC, DNM, CN – Many people probably put brownies pretty high up there on their list of favorite desserts. Warm, gooey and chocolatey, there’s a lot to love about brownies. But then again, there’s a lot that can be problematic about a traditional brownie. Typically, brownies are made with gluten-rich flour. They’re also usually loaded with inflammatory processed white sugar.

Nowadays, there are a lot of ways to up the health factor of brownies and still keep them tasty. For example, there’s my sweet potato brownies recipe, which has a similar taste and nutrient boost as a pumpkin brownie recipe. You can also try a zucchini brownies Paleo-friendly recipe!

The healthy options keep on coming, but what if you really just want a healthier version of brownies minus the fruits and vegetables? Well then you’re in luck because I’m about to reveal my rich and delicious Paleo brownies recipe to you.

Whether you’re currently following a Paleo diet or close to it, looking for a flourless brownies recipe, or you’re just wanting a healthier take on this classic recipe, these Paleo brownies are going to be perfect for you! Do you have a milk allergy or are you choosing to avoid dairy for health reasons? This recipe also has you covered since these are completely dairy-free brownies. While these aren’t sugar-free brownies, they are brownies free of processed sugar. Instead of the usual stark white sweetener, this recipe contains maple sugar. This healthier sweetener comes from maple syrup, which is the sap of the maple tree. Unlike processed sugar that offers nothing nutritionally, maple syrup and maple sugar contain important antioxidants and minerals like manganese and zinc.

Chocolate frosting for brownies can be a way to make brownies even more chocolatey and decadent, but most frostings are just a sugar and fat trap. If you’re looking to add frosting to these paleo brownies, you can try my Spiced Coconut Chocolate Frosting, which is actually a Paleo-friendly frosting recipe. Or, if you’re okay with butter then you may also want use my healthier take on a more traditional chocolate frosting. Warning: these frostings may use healthier ingredients, but they will not disappoint your taste buds one bit!

How to Make Paleo Brownies

Any dessert is only as tasty and healthy as the ingredients that go into it. This is certainly true for brownies. This Paleo brownie recipe uses high quality ingredients with a focus on avoiding common food allergens like wheat, gluten and dairy. As I said earlier, I’m also skipping the common health hazardous ingredient of processed white sugar. The healthy substitutions in this recipe increase nutrient levels and possible health benefits.

Do you know what else? This Paleo brownie recipe is no harder or more time consuming than a traditional brownie recipe. Plus, you loose nothing in the flavor department. This recipe includes dark chocolate chips, sea salt, vanilla extract, coconut oil … is your mouth watering yet?

Before you start making your delicious Paleo brownies, you’ll need to preheat your oven to 350 F. Next, in a small pot, after melting the coconut oil, add chocolate chips over medium heat. Now you can start combining all of your other ingredients into a large mixing bowl, starting with sea salt and maple sugar … then the arrowroot starch … then the vanilla extract.

Using a hand mixer, mix all the other ingredients together until the batter is thick. Bake for 30 minutes. I know it’s hard to wait, but allow these delicious brownies to cool for 15 minutes before digging your teeth into one. Want a simple, healthier version of brownies that keeps out all processed ingredients? Welcome to my rich and delicious Paleo brownies recipe.

4 SIMPLE Lifestyle Behaviors to Cut Your Risk of Chronic Disease 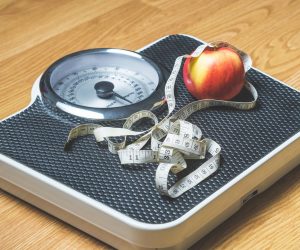 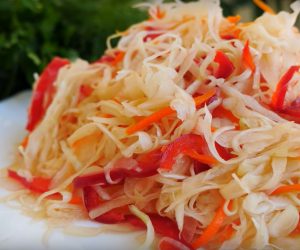 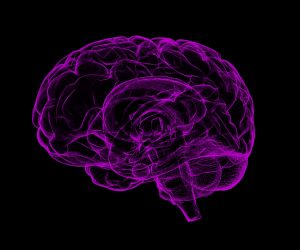 Overcoming the Blood-Brain-Barrier: Delivering Therapeutics to the Brain