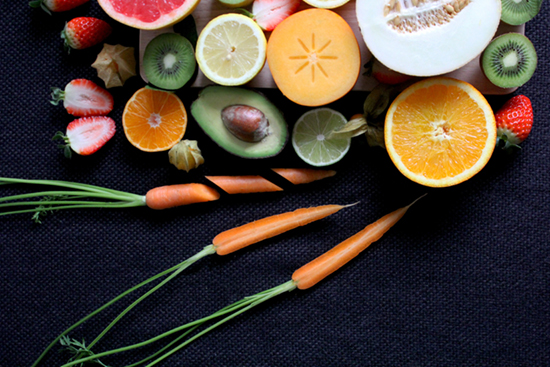 University of Texas M. D. Anderson Cancer Center via Newswise – HOUSTON ― Patients with melanoma who reported eating more fiber-rich foods when they began immunotherapy treatment survived longer without cancer growth than patients with insufficient dietary fiber intake, according to new research from The University of Texas MD Anderson Cancer Center published today in Science. The benefit was most noticeable in patients who did not take commercially available probiotic supplements. Parallel pre-clinical studies supported the observational findings.

“Research from our team and others has shown that gut microbes impact response to immunotherapy treatment, but the role of diet and probiotic supplements has not been well studied,” said co-senior author Jennifer Wargo, M.D., professor of Genomic Medicine and Surgical Oncology. “Our study sheds light on the potential effects of a patient’s diet and supplement use when starting treatment with immune checkpoint blockade. These results provide further support for clinical trials to modulate the microbiome with the goal of improving cancer outcomes using dietary and other strategies.”

When the patients were further grouped according to high- or low-fiber diet and commercially-available probiotic supplement use, response to immunotherapy was seen in 18 of 22 patients (82%) who reported both sufficient fiber intake and no probiotic use, compared to the response seen in 60 of 101 (59%) patients who either reported insufficient fiber intake or probiotic use. Response was defined as complete or partial complete or partial tumor shrinkage or stable disease for at least six months. Probiotic use alone was not associated with a significant difference in progression-free survival or odds of response to immunotherapy.

“Dietary fiber is important for gut health, just as it’s important for overall health, and the two things are very tightly intertwined,” said co-senior author Carrie Daniel-MacDougall, Ph.D., associate professor of Epidemiology. “In this study, we saw that dietary fiber also may be important to cancer treatment, which brings us to a point where we can design interventional studies to answer the questions that patients really want answered: ‘Does what I eat now matter and could it impact my treatment outcome?’ We’re united in working to find answers for our patients.”

The study began with analyzing the gut microbiome profiles of 438 melanoma patients, 321 of whom had late-stage disease and were treated with systemic therapy, and 293 of whom had an evaluable response to treatment over follow-up. The majority of these patients (87%) received immune checkpoint blockade, most commonly PD-1 inhibitors. A total of 158 patients also completed a lifestyle survey of antibiotics and probiotics usage; of these, 128 completed a dietary questionnaire as they began immune checkpoint therapy.

The research team reinforced their prior findings, which showed a higher abundance of Ruminococcaceae and Faecalibacterium prausnitzii – well-known and potentially beneficial bacteria involved in the digestion of fiber or starch – in patients who responded to immunotherapy. In contrast to the previous findings, overall diversity of gut bacteria was not associated with response to immunotherapy, potentially due to the larger size of this patient cohort.

The researchers also tested higher versus lower fiber diets and probiotic use in several preclinical melanoma models to shed light on the potential mechanisms behind the observational findings from the patient cohorts. In multiple models, probiotic use was associated with impaired response to immune checkpoint blockade, larger tumors, lower gut microbiome diversity and less cytotoxic T cells in the tumor microenvironment. A high-fiber diet was associated with slower tumor growth and significantly higher frequency of CD4+ T cells in pre-clinical models treated with PD-1 inhibitors.

Based on the early study findings, a randomized clinical trial (NCT04645680), led by co-first author Jennifer McQuade, M.D., assistant professor of Melanoma Medical Oncology, will examine how whole-food-based diets with varying fiber content affect the microbiome and immune response. The study is currently enrolling patients with stage III-IV melanoma who are receiving immunotherapy.

“Our research teams within the Program for Innovative Microbiome and Translational Research (PRIME-TR) and Bionutrition Research Core at MD Anderson are collectively working to transform cancer therapy by modifying the microbiome,” Wargo said. “We’re grateful to the patients and families who have participated in our research and are hopeful that this work will ultimately provide evidence-based guidance to help patients take control of their own diets to improve their odds against cancer.”

Baking Soda before Exercise May Protect against Effects of Overheating 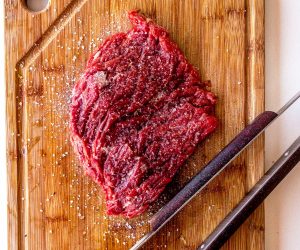 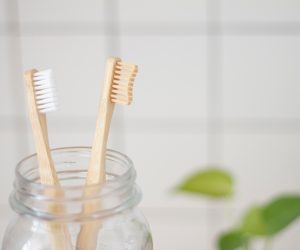 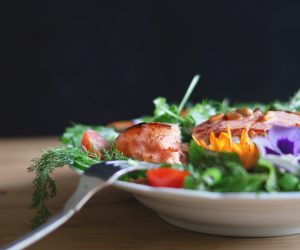