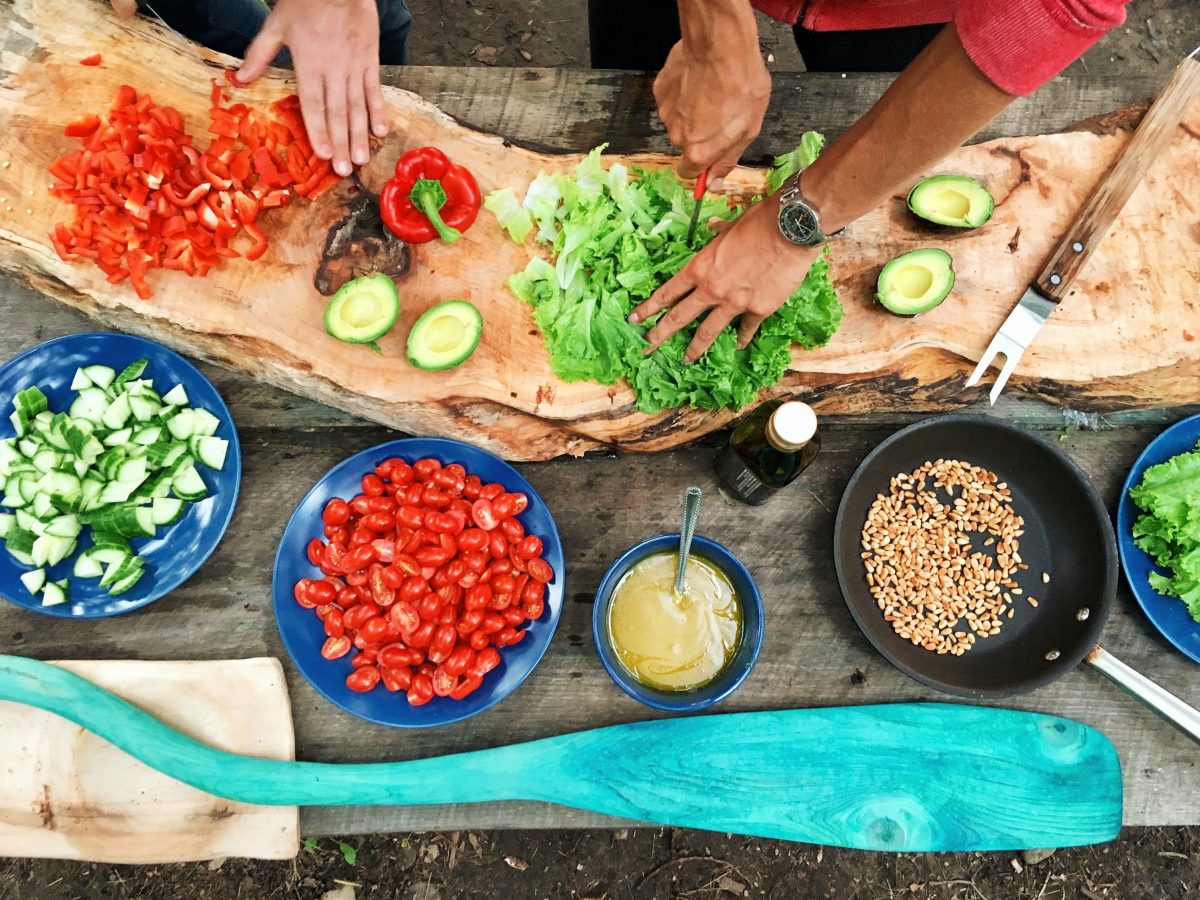 Lori Alton via NaturalHealth365 – The U.S. Centers for Disease Control and Prevention (CDC) reports that over 16 million Americans are currently living with chronic obstructive pulmonary disease (COPD), a debilitating condition characterized by difficulty breathing and blocked airflow to the lungs. While Western medicine may attempt to treat COPD with drugs such as bronchodilators and corticosteroids, these can feature toxic side effects that can include osteoporosis, pneumonia and even premature death.

Fortunately, natural solutions do exist!  Scientific research has shown that certain foods and supplements can markedly improve lung function and help alleviate COPD. Let’s take a look at twelve of the most promising nutritional strategies.

Chronic obstructive pulmonary disease encompasses two primary conditions: emphysema (damage to the tiny air sacs in the lungs that allow for oxygen exchange) and chronic bronchitis due to inflamed airways. As the disease develops, narrowing and scarring of the airway may occur.

Common COPD symptoms include shortness of breath, persistent cough, wheezing and the production of sputum.  Oxidative stress, in which harmful free radicals lead to cell and tissue damage, is a major factor in COPD. Inflammation – the presence in the lungs of inflammatory cells such as eosinophils -also plays a role.

Cigarette smoking, which accounts for 75 percent of cases, is the primary cause of COPD. Exposure to other irritants and fumes – such as coal and woodsmoke – can also play a role.

The following nutrients have been shown to help alleviate COPD.  Of course, you should consult your experienced integrative doctor before adding any to your daily health routine.

NAC, a supplement derived from the amino acid cysteine, has been credited by researchers with the ability to dissolve mucous, quell coughs and counteract oxidative stress.

Extensive studies have shown that NAC improves symptoms and helps slow declines in lung function. In one influential study, people with moderate-to-severe COPD who were given 1,200 mg a day of NAC improved their performance on post-exercise lung function tests.

But, remember: If you have an organ transplant, stomach ulcer or take any medication like, nitroglycerin – talk to your doctor (and pharmacist) before taking NAC.

Glutathione, a natural chemical produced in the liver, plays a vital role in boosting the immune system and neutralizing environmental toxins. Plus, its extraordinary antioxidant powers can help it combat COPD.

Glutathione is found in high concentrations in lung epithelial lining fluid and can help improve lung function and reduce inflammation.  You can ramp up your dietary intake of glutathione with fresh avocados, asparagus, cucumbers and tomatoes. Eating cruciferous vegetables, such as spinach and cauliflower, also spurs production of glutathione.

Natural healers typically advise glutathione in dosages of 500 to 1,000 mg a day.  For maximum benefit, opt for a liposomal formulation – and take it with vitamin C.

A vitamin-like nutrient that is needed for muscle growth and repair, coenzyme Q10 can play an important role in reversing damage to the smooth muscle cells of the airway.

Fish oil is rich in EPA and DHA, a pair of fatty acids hailed for their anti-inflammatory effects.

Peer-reviewed clinical studies have shown that these beneficial compounds reduce shortness of breath and inflammatory markers in COPD patients. Natural health experts typically advise dosages of 1,000 to 1,200 mg a day.

Research Supports the Value of Resveratrol

Resveratrol, a flavonoid found in grapes, peanuts, cocoa and blueberries, has piqued researchers’ interest for its potent anti-inflammatory and antioxidant effects.

In a just-published review appearing in Current Opinion in Clinical Nutrition and Metabolic Care, the authors noted that resveratrol decreases inflammation and oxidative stress in the lung – and called it a “promising candidate” for decreasing lung injury from COPD.

Utilize the Disease-Fighting Power of Zinc

Zinc, an essential trace mineral, is believed to protect the health and function of respiratory cells during lung inflammation or injury.

In a study published in Respiratory Medicine, researchers measured the effect of zinc picolinate on volunteers with chronic obstructive pulmonary disease. The team concluded that zinc supplementation could have favorable effects on the antioxidant capacity of COPD patients.

Significantly, researchers report that zinc deficiencies are linked with increased risk of both cystic fibrosis and COPD.  Good sources of zinc include oysters, grass-fed beef, poultry and pumpkin seeds.

Also known as Indian frankincense, boswellia has been utilized by herbalists for centuries to treat respiratory problems.

Animal studies have shown that boswellic acids from frankincense help to block the production of pro-inflammatory chemicals, alleviate airway dysfunction and prevent the progression of experimentally induced lung fibrosis (scarring).

These encouraging COPD-fighting results have been reinforced by human studies.  One clinical study showed that boswellia caused substantial improvement in COPD by specifically inhibiting human leukocyte elastase (an enzyme which triggers emphysema and chronic bronchitis).

Boswellia may be recommended in dosages of 300 to 500 mg, two to three times a day.

Quercetin, an antioxidant flavonoid found in fruits and vegetables, has been shown to significantly decrease lung inflammation. And, researchers found in one preclinical trial that it helped to prevent COPD from progressing.

You can increase dietary intake of quercetin with apples, onions, grapes and green tea.

Vitamin D, which is produced in the skin in response to sunlight, has been shown to help regulate airway contraction.

Studies have revealed that having low levels of vitamin D raises the risk of COPD – while high-dose vitamin D supplementation has been shown to improve muscle strength and exercise capacity in COPD patients.

While individual needs can vary, integrative doctors typically recommend between 5,000 and 8,000 IU of vitamin D a day.  Supplementation is particularly important if you’re deficient. (below 30 ng/mL)

Vitamin C, also known as ascorbic acid, has potent antioxidant, antihistamine and anti-inflammatory effects that make it useful in treating COPD.  In fact, studies have shown that people with low levels of vitamin C have an increased risk of COPD.

In a 2016 review, the authors noted that dietary vitamin C can lower oxidative stress and restore the proliferation of alveolar cells in the lungs.  Good sources include citrus fruits, red bell peppers, broccoli and strawberries.

Many integrative doctors recommend supplementation, with liposomal formulations of vitamin C considered the most bioavailable.

Like vitamin C, vitamin E can help reduce the odds of developing COPD.

In a ten-year population-based trial of over 38,000 women, the scientists concluded that taking 600 IU of vitamin E a day significantly reduced the risk of lung disease.  You can ramp up your intake of vitamin E with sunflower seeds, almonds, spinach and wheat germ oil.

Overall, a healthy diet is associated with lower risk of COPD – along with better outcomes for those who develop the disease.  In research published in European Respiratory Review, the authors noted an association between fruit intake and significantly improved pulmonary function.

Antioxidant-rich fruits (along with vegetables, nuts and seeds) are a virtual treasure trove of micronutrients and flavonoids that are particularly helpful to COPD – including the aforementioned quercetin, zinc and vitamins A, C and E.

And, cruciferous vegetables like Brussels sprouts, arugula and broccoli not only trigger production of beneficial glutathione – but also contain sulforaphane, an anti-inflammatory plant compound that may help enhance the therapeutic effects of COPD medications.

If you are living with COPD, you may find that the twelve natural strategies listed above really can help you to “breathe easier.” 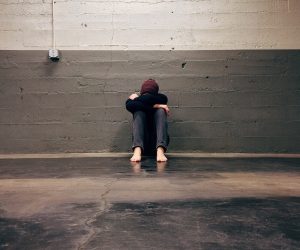 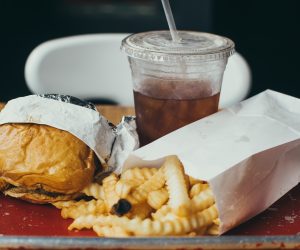